Buying your groceries online could become the norm

Walmart Canada is foraying into a new retail sphere, the world of selling food online.

The discount store quietly added food options to its website, which include items such as canned soups, pancake mix and gluten-free cereals, according to the Globe and Mail. The store typically has free shipping, except in the territories, and it's testing same-day shipping in Toronto. They could even offer fresh and frozen product options in the future, a spokesperson told the newspaper.

Many stores have shifted their businesses towards creating a robust shopping website as consumers have taken to showrooming, which means they check out the item at a brick and mortar store and then research on the Internet, sometimes even while in the store, for the best price.

While Canadians aren't as likely to shop online as other nations with 22 per cent of Canadians having never bought anything online, which is a stark contrast compared to four per cent of residents in China never buying anything online, more and more retailers are realizing that they need to grow their brands on the Internet.

Mexico is the latest country to propose a higher tax on soft drinks in an attempt to curb high obesity rates which is a growing worldwide problem.

The country's residents are the most obese adults in the world with 32.8 per cent of Mexicans deemed overweight, compared to 31.8 per cent of Americans, according to the UN Food and Agriculture Organisation.

Mexican President Enrique Pena Nieto hopes to raise $950 million for the country thanks to a proposed eight-cent (1 peso) per litre tax on soft drinks. Mexico's residents drink an astonishing 163 litres of soft drinks a year, one of the highest consumption rates in the world.

Overweight and obesity rates have risen around the globe with the likelihood of adults having one of these conditions rising to 34 per cent in 2008 from 24 per cent in 1980. Rates are increasing in every country, even in low-income countries where there's severe malnutrition, says the United Nations FAO.

Obesity isn't good for anyone's health, but it also puts a strain on a household's budget - whether it's through healthcare expenses or increased food costs. Weight increases can lead to type 2 diabetes, heart disease or cancer, as a few of the issues, which lead to a heavier strain on the country's healthcare system.

Countries have attempted to use a "fat tax" to improve the eating habits of residents. It's taking a page out of the book of tobacco control, which research shows that once cigarette prices rose by 50 per cent, smoking rates dropped.

Denmark is believed to be the first country to implement a "fat tax" in October 2011. The tax was added to food with more than 2.3 per cent of saturated fat, which included dairy, meat and processed foods. While the tax meant well, it was cancelled after about a year since it had a harmful effect on businesses and led Danish residents to cross the border to buy their junk food. The tax did manage to raise a revenue of $216 million, according to the New York Times.

In France, there was a backlash over a proposed "Nutella tax," which could have quadrupled the cost of food containing palm oil, such as Nutella. It was voted down.

Samoa Air, an airline company servicing the South Pacific, introduced the first-ever, pay-by-weight policy, which charges for a persons' baggage, along with their weight.

Unfortunately, obesity rates in Canada have climbed to record rates. The Ontario Medical Association has called for junk food taxes on unhealthy foods and cheaper taxes on healthy food option as some of the organization's recommendations.

Organizations continue to debate whether it's more or less expensive to eat healthy. While fruits and vegetables cost less compared to other high fat or high sugary foods, it depends on how you measure the price, according to a study released by the U.S. Department of Agriculture. Foods compared by price per calorie show that high-calorie processed foods are cheaper, while if food is compared by weight or portion size than healthier grain, fruit and vegetable and dairy options are more inexpensive.

Do you think a "fat tax" is a good or bad idea?

Would you buy “expired” food? Doug Rauch, an ex-president of Trader Joe’s, is hoping you will with his new store, The Daily Table, launching next year in Dorchester, Boston.

He plans to help with food waste by using groceries close to their expiry date or slightly past and transforming them into healthy meals, such as soup, salad and casseroles. The store will also have a teaching kitchen to teach people how to create easy, healthy meals. They will also sell milk that’s past it’s expired sell date for $1 a gallon, according to the Boston Globe. 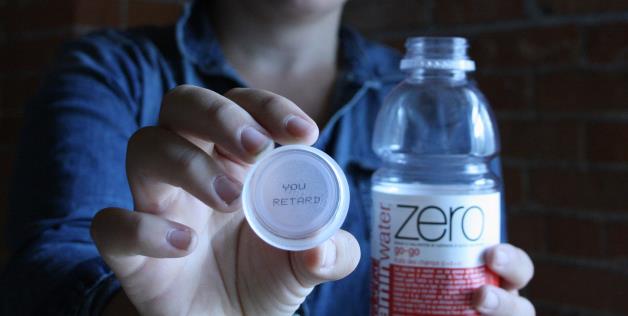 It's not a phenomenon that will make you weep, but one popular online coupon for onions was the culprit in crashing Groupon India's website, according to Al Jazeera America.

The stampede of online traffic was for a week-long deal which offered 3,000 buyers a day one kilogram of onions for nine rupees ($0.14 USD). On September 5, the deal's first day, it sold out within 44 minutes. On September 9, the onions were sold out within seven minutes, which means that there must have been a least 3,000 users and more who were at their computers clicking refresh.

"The driver behind this is obviously fun. It was meant to generate excitement by selling onions at a knock-down price," Ankur Warikoo, chief executive of Groupon India, told AFP.

If there's anything to be said with how Groupon handled the deal, at least they were smart enough to put a cap on the number of coupons sold. We've all heard unfortunate tales of customers losing out because businesses are unable to keep up with the demand of online coupons sold.

It may sound silly that India's population stampeded over a bag of onions, but there's more to it than that. Onions are a popular ingredient in India, but this past summer onion prices skyrocketed and even cost as much as 100 rupees ($1.56  USD). These whopping onion prices are a national issue with the upcoming elections later this year and it wouldn't be the first time that onion prices have affected India's politics.

With the country hit by damaging monsoon rains and a shortage of onions, food stall owners have resorted to safeguarding their onions from thieves at night. And what's to say Canadians won't feel a price sting, especially since India produces 19 per cent of the global supply of onions?

While Canadians aren't as anxious about our country's economy, at least compared to the Americans, we've already been hit by rising food costs. On a typical month, Canadian families spend an average of $411 on groceries, but higher costs are making Canadians shop around and cutback on other expenses, according to a recent RBC report.

If it's some consolation, at least we can feel better knowing that our food prices aren't as high compared to other developed countries. Though it may be high time to consider buying groceries if you're shopping in the United States since they're still cheaper down south.

While India's residents know why the price of onions has gone up, the British are scratching their heads about at a mysterious 40 per cent price drop in their beloved Marmite, the food spread that you either love or hate. It's high time for bargain hunters to stock up on the dark brown sticky stuff sinking to three pounds for a large jar compared to five pounds, an all-time high that it hit in 2010. At least that stuff keeps better.

How much do you spend on groceries each month? What groceries have you bought recently that are more expensive?

When is the best time to buy groceries?

Grocery shopping is one of the best ways to practice saving skills. With a little effort, you can shave 10 to 15 per cent off your grocery bill, according to many frugal shoppers.

The best time to buy meat is on a weekday morning; specials are out because grocery stores are hoping to sell out earlier that day.

Stores are unlikely to sell something that will make you sick. The trick here is timing: Either use a piece of discounted chicken or salmon on the day of purchase, or rinse it in cold water, re-wrap and freeze immediately. When you're ready to cook it, cook it right from frozen, suggests Canadian Living.

When you do find the meat marked down, buy in bulk. Save what won’t be used right away and store it in the freezer – this will make it last longer, save you future trips to the market and ultimately add up to save you money.

Are rising food prices having an impact on your budget?

The average Canadian family makes about $68,000 a year after-tax and, judging from all the talk of bulging debt loads, spends about 15 to 20% more than that. But where does it all go?

Last year, The Atlantic took a look at how Americans earn and spend money, noting that while housing costs have gone through the roof, the amount of money most people spend on food has dropped sharply over the years, even when you include eating out.

But recent Canadian data tells a different story. A Statscan report this week showed the five-year cumulative food price inflation between 2007 and 2012 is one of the highest in 20 years, led by big jumps in staples such meat, bread and eggs.

Why you're better off sticking to that grocery list

It's no secret that supermarket layouts, promotions and even smells are designed to encourage consumers to spend. Every section of the grocery store is designed to make you buy more food than you need.

But, according to one New Zealand study, making a list before shopping is an effective way to resist temptation and avoid last minute deals at the check-out. Written shopping lists significantly reduce average spending. In addition, those with a list also finished shopping more quickly, the researchers report.

All of which is no surprise to Crystal Paine who blogs at MoneySavingMom.