With the recent postal lockout, the disparity between public and private-sector employees has jumped to the forefront again.

Many Canadians in the private sector, tired of layoffs, wage freezes and rollbacks, as well as the shrinkage in some of their benefits, openly resent their public counterparts’ seemingly cushy working conditions.

Not totally surprising – particularly when you consider public sector wage increases have eclipsed those in the private sector for the past four years.

What’s worse though is that most people (including the majority of MSN readers it seems) really don’t like being held hostage by public sector unions which increase the cost of government almost expotentially.

The solution: Fire the advisors and lawyers who have brought the public to this precipice and aren't ready to play hardball, says labour lawyer Howard Levitt whom, I assume, tends to sit on management's side of these debates.

Mom, do you make more money than daddy?

The question of how much – and how – to talk to kids about family finances often stymies even the most dedicated parents.

While kids don’t necessarily need to know exactly how much money you make, they do need to know how the world works. Children, as they grow, need to learn what money means, how much it costs to buy things, and how the money to buy things is earned.

But what if they seem to be trying to figure out who’s the primary breadwinner?

It’s a tricky question, and as with most such money queries, you should probably begin by trying to figure out why the child is asking. Why would it matter which parent makes more money?

What most Canadians know, and what Rebecca Black may no longer understand, is that $100,000 is a good amount of money.

Chances are, you don’t bring in a hundred grand each year, and that’s not a slight against you. That’s just what the numbers show.

Is this the end for public service unions?

It's tough to be a union man in the U.S. these days. As unionized private-sector jobs continue to disappear, the burden of paying for the seemingly lavish benefits of public employees has fallen on a shrinking base of disgruntled taxpayers.

That’s why Wisconsin and several other cash-strapped states are in the midst of turmoil as their Republican governors attempt to rein in spending by checking the growth in public employees' benefits.

Wisconsin Governor Scott Walker’s budget bill, for instance, would make civil servants – excluding local police, state troopers and firefighters – pay substantially more for pensions and benefits, and would, since it hopes to subject salary increases for government workers to a state-wide referendum, likely cripple public service unions as a force in both collective bargaining and politics.

Under the bill, state agencies would also no longer deduct union dues from workers’ paycheques, forcing unions to collect them on their own. And the legislation would also require unions to hold recertification votes annually.

A new study suggests that employers seem to treat women exactly the way the fashion industry does – by rewarding very thin women with higher pay, while penalizing their average-size counterparts with a much smaller payday.

Skinnier-than-average men, on the other hand, cash smaller paycheques than their average-weight peers, according to the study, published in the Journal of Applied Psychology.

Thin women earned about $16,000 U.S. more a year on average. In contrast, thin men earned about $8,000 less than their more brawny male coworkers, a trend that tapers off only when the big guys’ weight hits the obese level, it seems.

Getting paid to shed those pounds

While Canadians can boast that we're not as fat as our Krispy Kreme-loving neighbours to the south, we’re really not all that far behind.

So it’s good to know that HealthyWage, which makes money through advertising and sponsorships, is there to help us with the promise of at least $100 if we lower our body mass index from at least 30, which is considered obese, to below 25, the normal range.

If you’re willing to pay $300 of your own money, you can possibly see as much as $1,000 if you realize your weight-loss goal.

But do such inducements work? Apparently so.

There’s nothing like a recession to deepen employees’ appreciation of being able to get a massage or their teeth fixed without digging into their pocket. 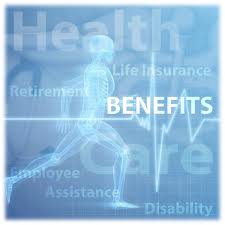 77 per cent of respondents in a recent survey say that the value they place on their benefit plan has increased dramatically this year.

So much so, that a convincing 90 per cent believe the quality of their plan is excellent (48 per cent) or very good (42 per cent).

Are employers getting the payoff they expect by treating their workers with such beneficence? It would seem so.

Are you better off knowing the salaries of those you work with?

Sometimes you’re better off not knowing, particularly when it comes to sussing out the salaries of the people you work with.

According to a recent study from Berkeley economist David Card, the more you know about your co-workers’ wages, the less satisfied you’re likely to be with your own circumstances, especially if turns out you’re making less than the average among your peers.

In order to determine how workers react to comparative salary information, the researchers relied on an online tool sponsored by the Sacramento Bee newspaper, which lists the salaries of all California state employees.

To stir the pot, the researchers simply alerted a group of employees at the University of California to the existence of this site and tabulated their reactions.

Although they say otherwise, many employers are moving towards a just-in-time workforce populated by temporary workers, contract staff and freelancers.

Hoping to become more nimble and cut costs, both small and large firms are looking to balance staffing with fluctuating demand – avoiding overhead, benefits and job security at the same time.

And one of the biggest culprits is the federal government, says Public Service Commission president Maria Barrados in a recent report.

In this troubling economy people who remain employed are pretty satisfied with their jobs, right?

Apparently not, it seems. The lure of better pay and greater job security is spurring more Canadians to start thinking about changing jobs, according to a new study.

More than one in four workers admitted they’re likely to seek a new job during the next six months.

Among employees who work for organizations where wages have been cut back, this figure jumped to 34 per cent. That's up from 22 per cent who were thinking of making a move at this time last year.